The Grace St. Moritz Hotel will open in 2020

The Grace St. Moritz Hotel project is being revised. The core of the changes is the creation of considerably more hotel rooms which will all offer lake or panorama views. As a result of the changes to the project, the hotel opening has been moved to 2020. 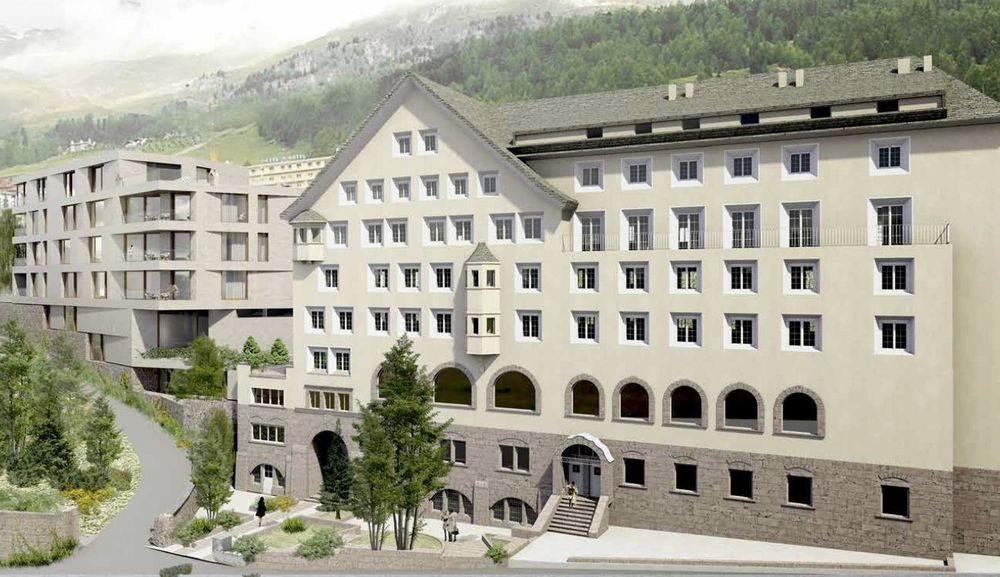 To-date, the construction work for the Grace St. Moritz Hotel has run according to plan. We were able to carry out the planned work before the winter break both in the historic Hotel La Margna and the modern «Grace Wing» west of it. However, the marketing of the hotel with managed residences has shown that a higher demand exists for smaller units than so-far assumed.

The owners and persons responsible for the project have therefore decided to stop the construction work and to revise the project. The core of the changes is an increase in the number of rooms by roughly one third. As a result, although the individual rooms will become smaller, all units will either have a lake or panorama view. Blarer Reber architects in Samedan are responsible for the revision of the project, details will be published in summer. The opening of the Grace St. Moritz Hotel has been re-planned for 2020.

Robert Swade, Grace Hotels CEO explains: «We have studied the demand situation and technical aspects in detail and have come to the conclusion that we should use the opportunity to align the project even better on the market. The revised project will incorporate more, but somewhat smaller rooms. We are convinced that this tallies better with demand, therefore doing both our guests and the location of St. Moritz good.»

Grace Hotels is an exclusive group of Boutique Hotels in Europe, North and South America as well as in Africa. They are characterised by elegance, simplicity and high-quality service. Grace Hotels is not a chain – each hotel enjoys unique architecture, offering individual services and is adapted to its respective surroundings. In 2013, Grace Hotels purchased the historic Hotel La Margna in St. Moritz. It will be refurbished and extended as the Grace St. Moritz Hotel with managed residences by 2020.