Badrutt's Palace Hotel gets off to a great start in the 2018/19 winter season: With the opening of the King's Social House on December 6, Badrutt's Palace is launching a new culinary collaboration with acclaimed top chef and restaurateur Jason Atherton. As a nightclub, restaurant and bar in one, the new charismatic nightlife spot presents itself as an insider tip for St. Moritz nightlife. 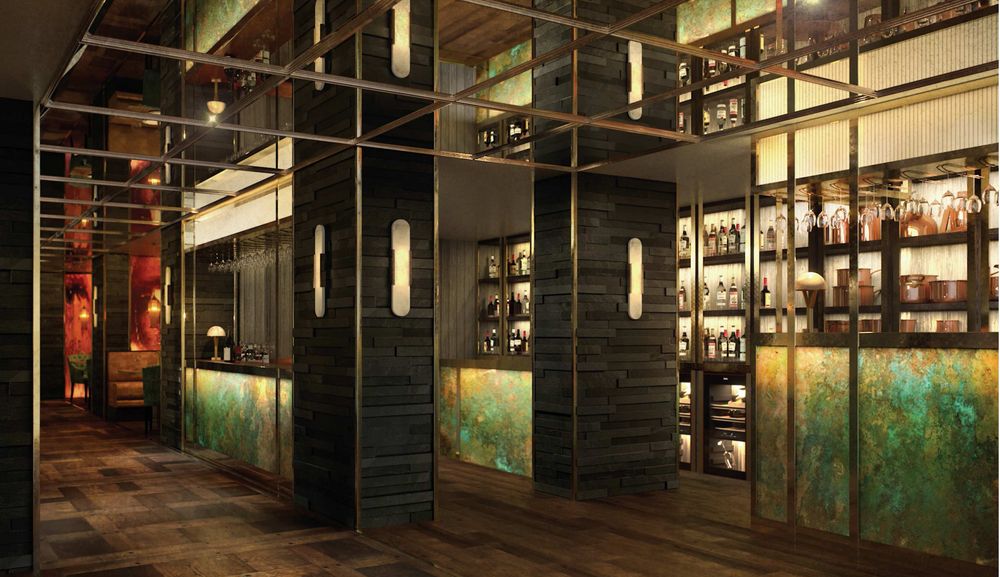 Famed and celebrated as Switzerland's oldest nightclub, the legendary King's Club was the place to be for generations of glamorous jetsetters. Starting in the winter season 2018/19, St. Moritz's most popular nightlife spot will now be presented in a completely new guise.

With an exceptional dining and dancing concept that carries the incomparable signature of internationally acclaimed star chef Jason Atherton, King's Social House will be the perfect stage for the harmonious interplay of outstanding cuisine and - as the evening progresses - exuberant nightlife. "Energy and Enthusiasm" - according to Jason Atherton, the two most important ingredients that make life worth living and whose culinary expression he always strives for. "Eating is not just about what's on your plate," explains the successful restaurateur, who already runs 15 award-winning restaurants around the world. «The service, the atmosphere, the dishes - they all promote communal enjoyment. King's Social House is designed to attract people not just for dining, but because it's a very special place to spend a relaxing time with friends and family."

The chic and yet relaxed ambience reflects the typical St. Moritz savoir vivre. The new premises are given an undeniably urban touch thanks to the spirited wall design of Swiss Cypriot street artist duo Bane & Pest (www.bane-pest.ch). This powerful creativity surrounding the guests finds its logical complement in Atherton's Cuisine.

Last but not least, King's Social House is a hotspot for night owls and partygoers thanks to a who's who of the national and international DJ scene, such as Mr Mike and his guests including Joe T Vannelli, Tom Novy and New York's Studio 54 legend Kenny Carpenter, who will take weekly turns in the nightclub. With a casual bar-groove, they provide relaxed dinner accompaniment before getting the walls throbbing and the guests moving as of 10 pm